One choice can transform you-or it can destroy you. But every choice has consequences, and as unrest surges in the factions all around her, Tris Prior must continue trying to save those she loves–and herself–while grappling with haunting questions of grief and forgiveness, identity and loyalty, politics and love. Tris’s initiation day should have been marked by celebration and victory with her chosen faction; instead, the day ended with unspeakable horrors. War now looms as conflict between the factions and their ideologies grows. And in times of war, sides must be chosen, secrets will emerge, and choices will become even more irrevocable–and even more powerful. Transformed by her own decisions but also by haunting grief and guilt, radical new discoveries, and shifting relationships, Tris must fully embrace her Divergence, even if she does not know what she may lose by doing so.
Veronica Roth has a very subtle way of pulling a reader into a scene and captivating them to the extent that they feel just like they are standing right next to the characters.
There is much more emotional torment in this book. Tris is reeling from the loss of her parents and over the lives that she had to take including Will’s. She has real issues now and is not able to pick up a gun and fight.
There is an undercurrent of emotional trauma running throughout this book and we are made much more aware of Tris’s vulnerable side. She is trying to come to terms with the loss of her parents and this, compacts with her grief over Will to make her almost irrational at times.
We get to see more of Tobias’s emotional side too. He has genuine frustrations and fears over Tris’s behaviour and comes very close to ending it with her, despite the depth of his feelings for her.
Tris makes an incredibly brave (or totally stupid) sacrifice which places her in mortal danger. We learn that she is betrayed by someone you never thought would do that and equally shocking is who saves her life.
The twists and turns that follow the last part of the story show that trusting those we love is what helps us stay strong.
I’m giving this book a four out of five star rating. Many thanks to Netgalley for my ARC. 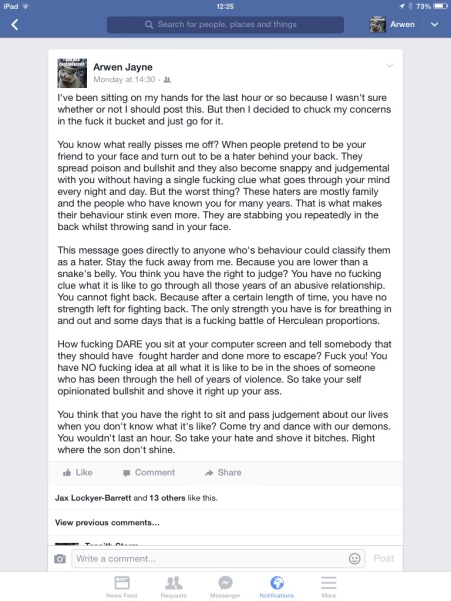